Johnny Ward and Susie Power filmed some material for ‘Donncha’s Two Talented Christmas Special’ recently which will be shown on the following Dates:

Johnny Ward was featured on the December 2nd show

Adam Carolan recently recorded voice over work for this project

She has also been cast as a soloist in the Christmas show .

Talented Kids and MVW Talent Agency has been nominated

Julia Dillon has a featured role in this new production 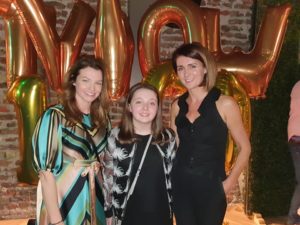 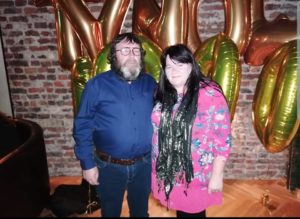 Niamh Algar was announced as one by the BAFTA’s 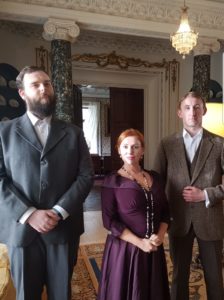 Ace Bradley Donaldson will starting in this show soon

The musical starring Johnny Ward as Gino Wildes will be returning this summer. In addition to the Olympia the show will also be in the Cork Opera House and in Limerick

Audrey Carolan and Zach Cooney played the mother and child

The advert featuring Aisling and Sive Doyle has been renewed 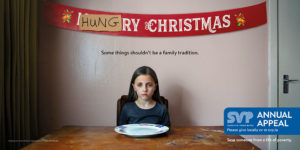 The Advert featuring Aleah Lennon has been renewed.

Aleah also did a new Print shoot for this campaign

In addition to the other teens mentioned in the last TK Press, this film also features Aaron Judge and Paul Campbell

Congratulations to Alisha Weir, Kyle Bradley Donaldson and Robyn Dempsey on the success of these recently aired Irish Dramas

Ali Lyons recently recorded a trailer for this soon to be released production. Ali voices Fritzi. Also Lucy Carolan is the voice of Sophie and Eliza Wardell voices Hanno

Johnny Ward was a guest in November 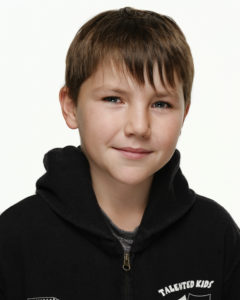 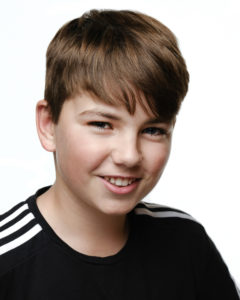 Phonsie & Tighe Wardell will be performing in Oliver at the National concert hall on the following dates:

Alisha Weir, Aisling Doyle & Sive Doyle will be performing in Oliver at the National concert hall on the following dates:

Be sure to keep an eye out for this new short which recently had its World Premiere at the Galway Film Fleadh. Ruth and Grace Carthy are featured 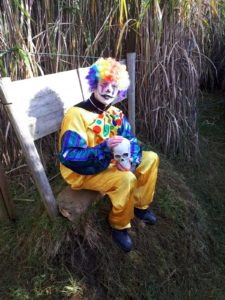 Joe Stalford played the Clown at this event for Red Hills Adventure which took place over Halloween week. Joe got rave reviews online for his performance 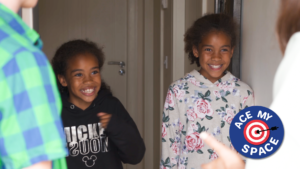 The episode featuring Aisling and Sive Doyle will be on Saturday December 7th at 12.40pm on RTE 2

Congratulations to James Stephen Walsh for his best actor nomination 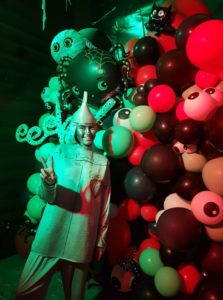 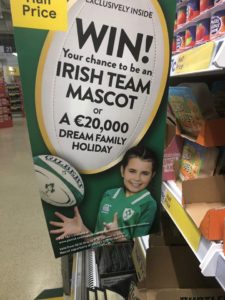 Billie Barrett is on in the instore advertising in Tesco

Leah Carruth is currently performing in theatre shows throughout Spain for School Kids.

Marley has been cast in this production taking place in the Moat Theatre. This is her third year in the Moat Panto.Shes junior chorus and also a featured performer in dancing and acting

This film starring Niamh Quirke is now on Amazon Prime

The film starring Susie Power as “Mitcho” is now on Netflix

Starring George Bracebridge Deep Shock is an official selection at the Horror On Sea Film Festival, that will take place from the 10th to the 19th of January 2020 in Southend-on-Sea, Essex The film has had massive success on the festival circuit with George picking two different best actor awards at the independent short awards and at the Indie Short Fest respectively

As reported on RTE’s website, Johnny Ward will be returning as “Ciaran Holloway” to Fair City on the 30th Anniversary Episode this coming Wednesday. He will join fellow TK Students/Clients Ryan Keogh, Zach Cooney, Olivia Rose Murphy & Charlie Duffy who are currently on the show

Paula is now screening in India. Several of our Adult and Teen Actors did voiceover work on this.

Ali Lyons recently did additional recordings for this soon to be released production. Ali voices Fritzi. Also Lucy Carolan is the voice of Sophie and Eliza Wardell voices Hanno.

Johnny Ward has been cast as “Abanazer” in this year’s University Concert Hall Panto in Limerick – Aladdin. Rachel O’Connell is also cast as the Genie.

Justine Reilly & Jonathan Casey have been cast as actors in the Halloween events taking place in FOTA Island in Cork. Justine will also be participating in their spectacular Christmas Event

Aleah Lennon is the featured model

Sing Street starring Ben Carolan was recently shown on Film 4 and in the Lighthouse Cinema in Smithfield. It will also be screened at Happenings in St. James Gate later this Month

“OLIVER” at the National Concert Hall this Christmas will star the following from Talented Kids and MVW Talent Agency! 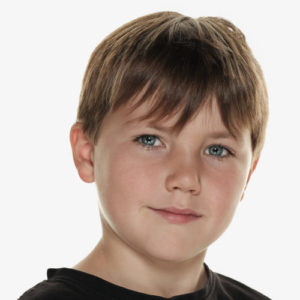 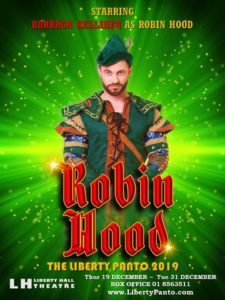 Eabha Moore has been cast in the role of Sacha

Now on Netflix, Callum Maloney & Ava Connolly Ross star as the lead voices of “Finny” and “Leah”… The sequel to this animation stars Max Carolan as “Finny”, while Ava reprises her role. To be released next year!!

Starring Callum Heath, this film was on RTE Shortscreen in August

Max Carolan and Dylan are cast 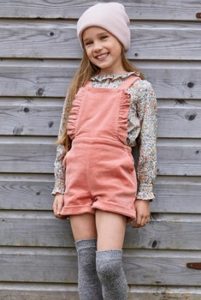 Alisha Weir is one of the featured models

This Brand New Feature Film which stars Eva Mullen and Aisling Doyle had it’s premiere at the Toronto International Film Festival this September.

Katie Rothwell, Grace Reilly and Esther Reilly are all featured in the new adverts which went live this week. The girls and their Mums were flown over to London for the shoot and put up in a lovely hotel whilst they filmed the campaign.

Adam Carolan and Evan O’Connor have main roles in this upcoming film. Dillon Potter Stapleton also has a featured role and Jessica Potter is an extra

Niamh Quirke is featured in 2 campaigns as well as voiceovers

Niamh Quirke has the lead role and in supporting roles are Eoin Quinn, Jacob Mason and Donna Reilly-Parrish

Lenar Gaffney, Sean Holden and Dillon Potter Stapleton met with Fair City researchers in July to give views on current trends etc which may be used in future storylines

Sarah Gordon, Lisa Davis, Dion Marcos, George Bracebridge, Leah Carruth, Eden Butler and Eliza Butler are all featured in this new series due to air in 2020

Tighe Wardell and Emma Jenkins recorded a new trailer over the summer. This animation also features Jack Doyle and is currently on TV

Cillian Sullivan was cast as Mark

Well done to everyone that participated in the Dance Day. You all did a TREMENDOUS job!!!

and MOST PROMISING AWARD WINNERS: Codi Jennings & Nicky Byrne LINKS TO DANCE DAY DANCE PHOTOS can be found on our website www.talentedkidsireland.com

Rachel O’Connell has been cast in a leading role 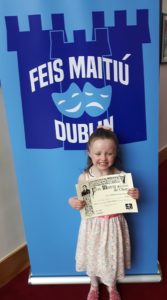 Well done to everybody who participated in the Singing & Poetry/Drama competitions this year!!!! We had TOP PRIZE WINNERS across the board BRILLIANT RESULTS!!!

Congratulations to Anna O’Connor who came 2nd at the ALL IRELAND FINAL.

Caleb Mason is featured in this new short

Dylan Fitzmaurice Brady is featured in the latest advert 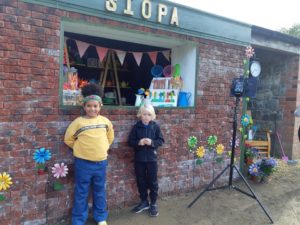 Aisling Doyle, Aodhan Ryan, & Elsie Akinduko are featured on this new Kids TV Show to be aired in 2019-20

CONGRATULATIONS to our students Carl Maher (Uncle Fester), Sarah Craine (Morticia Adams), Audrey Carolan(Ancestor) and Matthew Donohoe (Ancestor) in this sell out production that was played at the Civic Theatre for a week.

The musical returns to the Olympia Theatre this August. Rachel O’Connell returns as one of the leading roles. 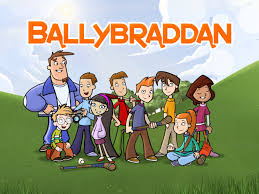 Johnny Ward was interviewed on the show in April 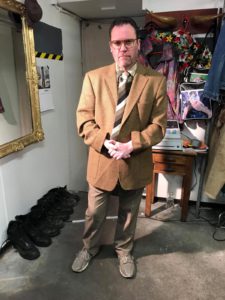 Congratulations to our exceptionally Talented Katie Weir who has been awarded a FULL SCHOLARSHIP for 3 years to Urdang Academy, LONDON for her 3rd level education. 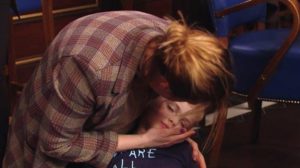 Dylan Fitzmaurice Brady has cast as a son

The advert featuring Katie and Emma Jane Weir has been renewed

Captain Morten and The Spider Queen (featuring Susie Power), Micheal Inside (Featuring Sean Holden and Luke Andrew Feeney), and Hole In The Ground featuring TK Alumni Seana Kerslake will all be screened at The Irish Film Festival in Ottawa, Canada at the end of March. 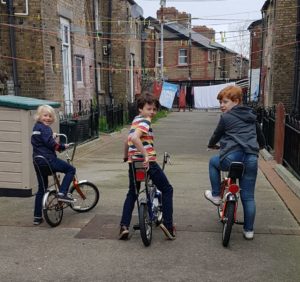 Tighe & Phonsie Wardell have just been cast in this upcoming film. Doireann Arkins image will be used for a missing person’s photo also.

Congratulations to Johnny Ward for making it into the final.

Ruth and Grace Carthy are featured 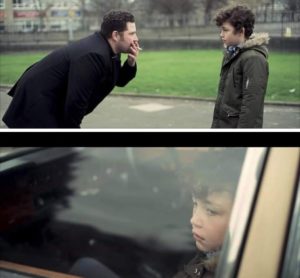 Jacob plays the role of Young Matthew in this BCFE Film. Jacob was highly praised on set for his performance in the film.

Jack Doyle and Ryan Farrell were cast in an upcoming advert. Ryan also did VOD work on this

Sive Doyle is a featured child in this upcoming production 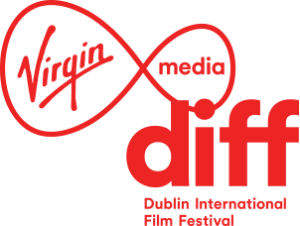 Several of our clients were featured in some of the film shown at this festival:

Lorcan Power is featured in this new film 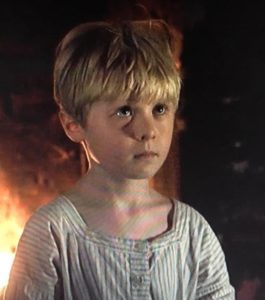 The highly anticipated sequel series to “Rebellion” recently began broadcasting on RTE. Calum and Dylan Heath both have featured parts

Our Clondalkin Teen class recently made a short film directed by Jessica Boylan.

The advert featuring Fionn Sheehan has been renewed

Aisling & Sive Doyle have parts in this new short film 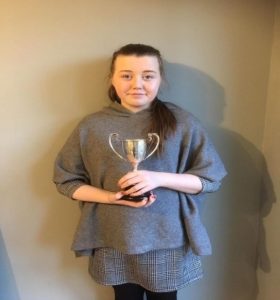 The campaign featuring Jacob Mason has been renewed 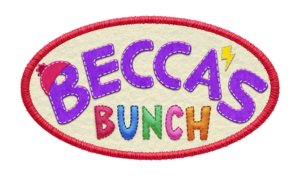 Becca’ Bunch starring Susie Power as the voice of Sylvia The Fox was recently nominated for several awards at the Kidscreen awards in Miami Florida and at The Broadcast Awards in London also. It is also up for 3 award at the upcoming Irish Animation Awards in Dingle, Co. Kerry

Hallie is reprising her role from the original short. Susan Bevan as also an extra on this.

In addition to been the host of the FM 104 Phone Show, Keith is now a writer for The Sun newspaper 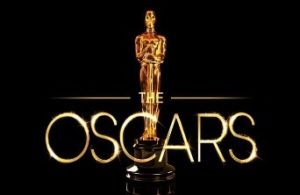 DANCING WITH THE STARS – TELEVISION SERIES – 2019 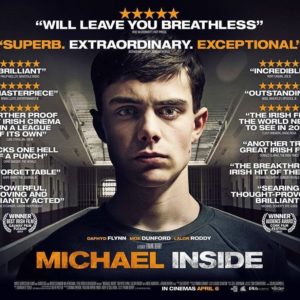 This film is now available on Netflix. It features Sean Holden and Luke Andrew Feeney

The advert featuring Katie MacCourt has been renewed